This project was initiated in the USA. An approach was made to the late John Ohlsen who was a well known member of Carroll Shelby's original racing team. John then approached Alan at Classicar Restoration to do the bodywork and interior.

Subsequently it emerged that the plans which were supplied from America were drawn after the original cars were built, and could be used as a rough guide only. Alan, using his technical drawing skills, redrew the plans in order to fabricate the forming buck.

The body was then fabricated from flat aluminium sheets, using an English Wheel, then the panels were gas welded and file finished. No filler was used.

After a test drive at Auckland's Pukekohe race track, the car was shipped to its American owner.

To date we have built two of these cars. 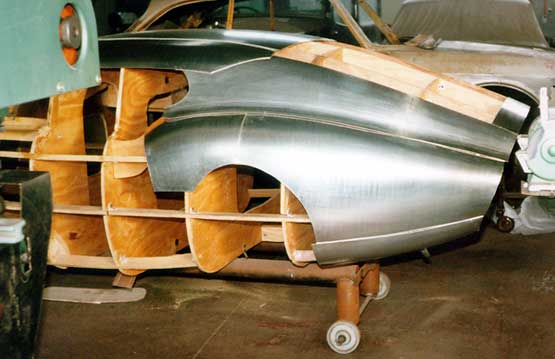