This vehicle was on display at an Auckland nightclub called "Buicks". It had had a previous cosmetic restoration and so it came as a complete surprise to the owner when the extent of the repair work required was uncovered. All was revealed when the owner was replacing the tail lights and discovered that the rear mudguards were 1/4 inch (6mm) thick with plastic filler!

After this unhappy revelation, the owner decided to start from scratch and completely repair and restore the vehicle. In an attempt to assist with the car restoration, the owner sourced two additional vehicles to use for donor parts. Unfortunately after sandblasting it was revealed that they were little better, so what was not salvageable had to be refabricated. 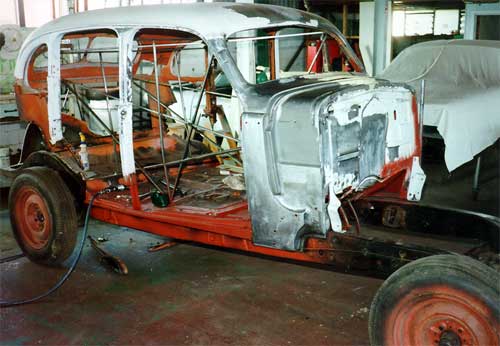